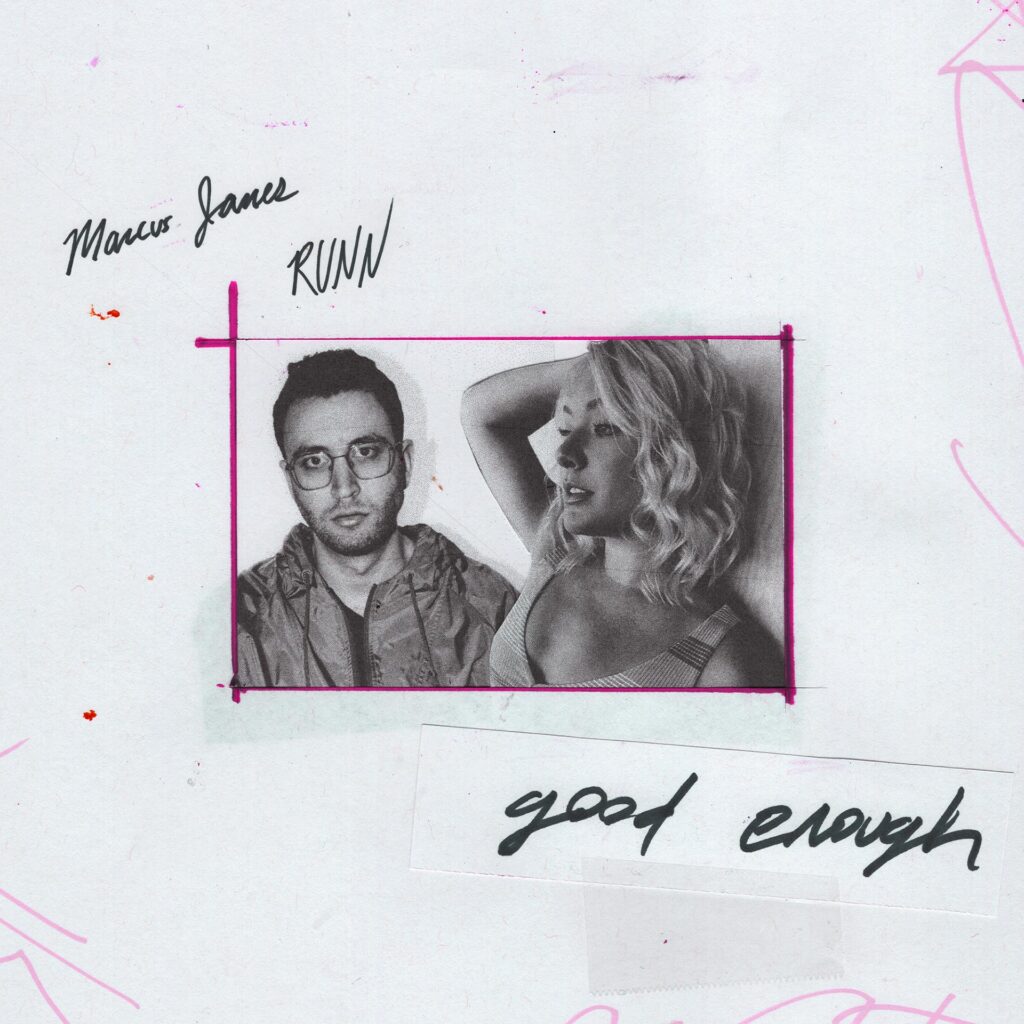 MARCUS JAMES TEAMS UP WITH RUNN ON “GOOD ENOUGH”

Vancouver-based DJ/Producer Marcus James follows his latest single, “Make Me Sad” Ft. Danni Carra with a second original that will appear on his forthcoming EP. He is back with the sentimental dance-pop single “Good Enough”, that has him teaming up with dance music vocalist RUNN, who has collaborated with some of the most influential artists in the genre.

This irresistible dance track shows off RUNN’s glossy vocals, an infectious hook, and a bouncy tropical drop. Describing the inspiration for the song, James explains, “The whole essence of this song is like a warm blanket put on the shoulders of someone you care about, reassuring them that they’re not alone when it feels like the weight of the world is too much to bear. It’s track #1 on the tracklist of my forthcoming EP and it marks the beginning of a story that weaves its way through each song and video piece on the project.”

Born and based in Vancouver, Marcus James is well-known for his collaborative works, having worked with the likes of multi-platinum selling artist Trevor Guthrie, remixed Dylan Matthew’s ‘Saturday Night’ as well as Warped Tour bands Anarbor and Courage My Love. His recent EP “Warning Sign” has over 7 million streams and was picked up by POP Music, Vancouver Sun, Frontview Magazine and more. He has received support from major tastemaker publications such as Your EDM, EDM.com, EARMILK, Vancouver Sun, Substream Magazine, and HERTZ Mag as well as well-known Youtube channels MrRevillz, Sensual Musique, Tropical House Records, and Cloudx Music, amounting to a play count of over 15 million across streaming platforms.The producer has also shared stages with the likes of Robin Schulz, 3LAU, Lost Frequencies, Zeds Dead and many more. The producer’s sound calls to mind the likes of Lost Frequencies, Robin Schulz and Sam Feldt.

RUNN is a singer/songwriter/artist who is deeply immersed in the EDM world and made a name for herself by collaborating with some of the genre’s most influential artists including Illenium , Seven Lions, Steve Aoki, and many more. perform at the highest level has led her to be one of the most sought after vocalists. She made her debut on Monstercat with her song Where Do We Go in collaboration with Mazare, which earned 1.6 Million streams, and has paved the way for Runn to collaborate with more big names in dance music. She’s featured on one of the world’s largest electronic music event promoter/music distributor, Insomniac’s EDC Las Vegas 2022 Compilation alongside big names such as A-Trak, Paul Van Dyke, Tritonal, and many more. The album has amassed over 54 Million Streams and has reached over 45 million people globally. Since starting her artist journey, RUNN has amassed of over 20 Million Streams across DSP’s with her singles End Like This with Steve Aoki and Free Fall with EDM heavyweight Illenium for his critically acclaimed 2017 album Awake- with respected EDM blog WeRaveYoudescribing the project as “…Emotion invoking, precise production, and exquisite vocals, the track brings all aspects into one piece of magic.” Free Fall has also since gained a lot of momentum and support in multiple large Youtube Channels and networks such as Proximity, TrapNation, TrapCity, and many more racking up to over 22 million Subscribers altogether.