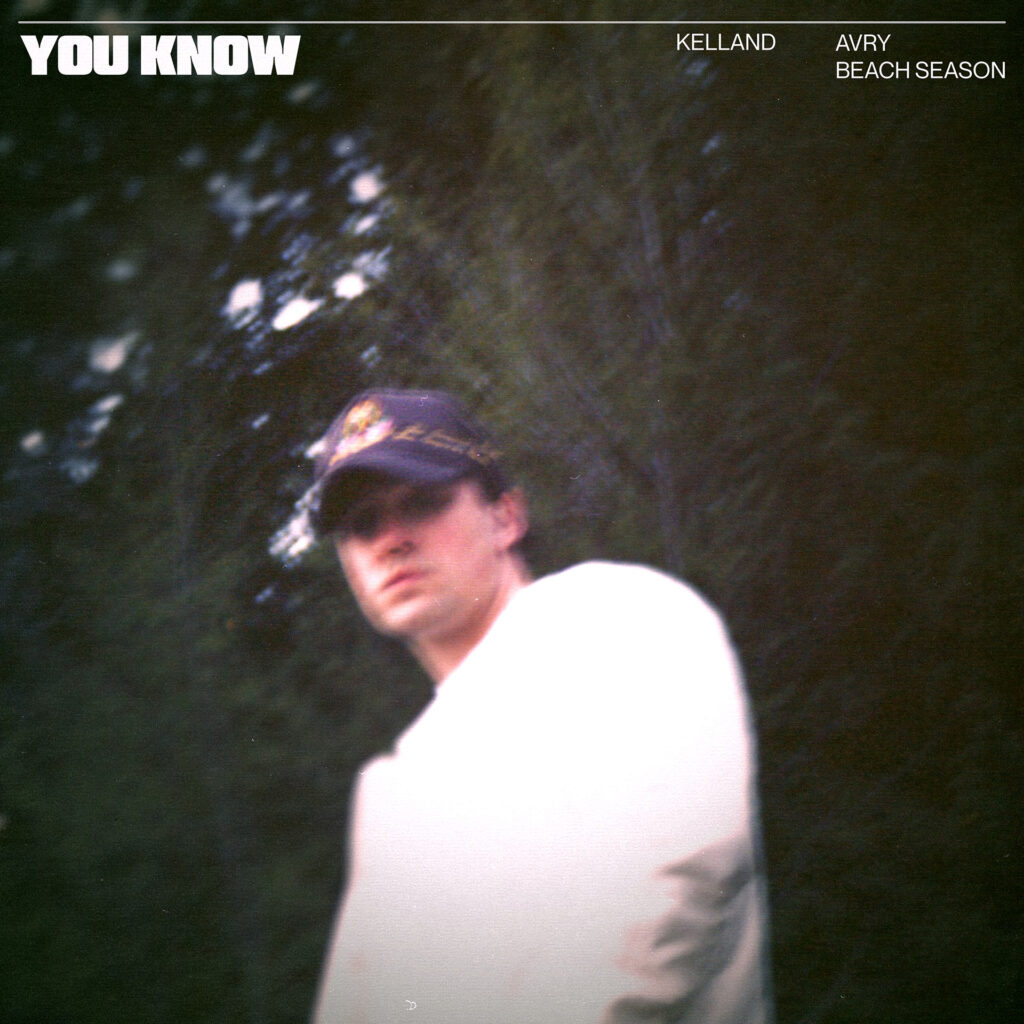 (Toronto, ON – June 30, 2022) – Vancouver-based DJ/producer Kelland is back with brand new single “You Know”  that has him joining forces with R&B prowess of Toronto-based artist Avry and electric/R&B duo Beach Season and aims to capture a wider net of cross-genre audience. The downtempo track pulls influences from R&B, Hip Hop, Pop and pushed into a Dance shell.

On creating the track, Kelland says, “This is the second time Avry & I have worked together and it’s for good reason. He’s an amazing artist and friend. I’m also so excited to include Beach Season on this record. They are also from hometown Calgary and are a powerhouse duo. It is definitely one of the darker singles off of the project but can be enjoyed on late-night drives all summer.”

Catch Kelland this summer opening for Zed at Badlands in Calgary on July 15, along with playing Chasing Summer Festival in Calgary on July 30/31 alongside the likes of Loud Luxury, DJ Diesel (aka Shaquel O’Neal), Armin Van Buuren and more!

Now a resident of Vancouver, Kelland’s pathway to success began in his hometown of Calgary, born into a world where he was encouraged to follow his passions. It’s incredible to think that it is little more than three years ago – just before the whole world pressed the pause button – that Jonah Radu, aka Kelland, flicked the switch on his career as a producer and songwriter. Working across a wide range of genres, from hip-hop to rock, R&B to indie house, Kelland began to form the pristine, emotive sound that you can hear as he ventures into his debut artist project. Despite entering the industry at a young age, he has earned widespread acclaim performing across Canada. Now, well over 15m streams later, with several of his tracks breaking through to the top 100 of the dance and electronic charts, and appearances on editorial Apple & Spotify playlists, Kelland’s looks set to hit overdrive with a determined and focused new musical direction.

Avry is an artist based equally out of Vancouver and Toronto. Building his catalog over the last few years, he has been working and expanding his relationships within the music industry. Avry is looking to continue to push sonic boundaries and genres with his upcoming releases. Avry’s unique sonic blend takes influence from the smooth melodies of R&B, the bounce of Dance, and the energy of Indie Pop. Avry’s latest release is “Favours” with Jon Vinyl. He dropped his third single “Foreign” on February 25th from his upcoming debut EP, to be released Spring 2022. Avry has received support from the likes of Ones to Watch, MuchMusic, Early Rising and more. Avry made his Toronto live show debut on November 29th at the Drake as part of School Night Toronto.

Enter Beach Season. A Canadian duo comprised of Sam Avant and Simon Blitzer exploring the sound existing within the intersection of R&B and Electronic pop music. Hailing from Calgary, Alberta, a city known for its cold and dry weather, Sam and Simon saw themselves much differently from their city and their contemporaries; a Beach Season in a middle of winter. Collaborating with one another for over a decade, Sam and Simon first emerged as Beach Season in 2014 with their EP “Internet Evening”. Following up with their first major label release, “Libra Year” in 2016 on Universal Music Canada, Beach Season saw themselves incorporating experimental electronica, retro synths, drum machine samples, and quintessential pop, growing into a sound they can truly exhibit as their own. This year Sam and Simon strive to express themselves as artists and tastemakers. Their sophomore EP on Universal Music Canada, titled “Time &Place”, is their most realized and expressive project to date, utilizing accumulated influences and sounds from places they visited all over the world during integral periods of their lives over the past years.