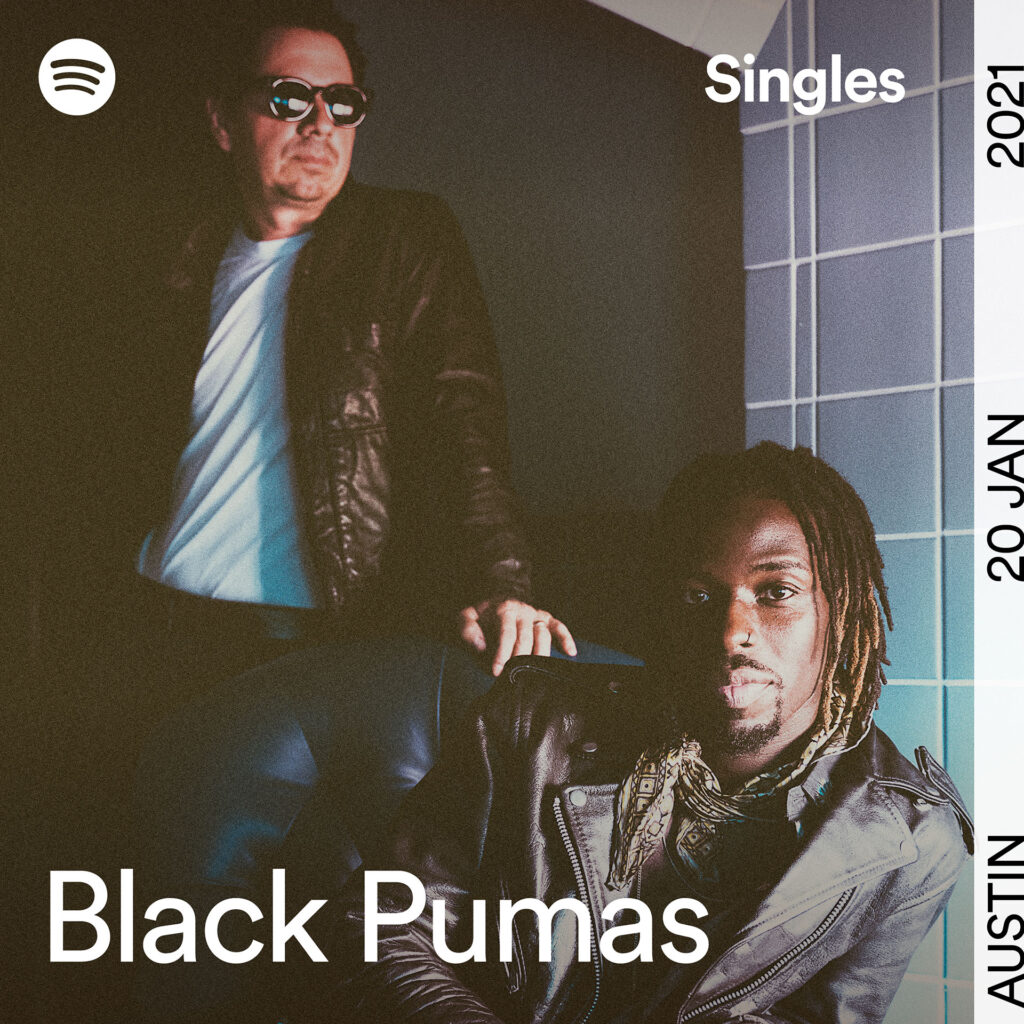 (Toronto, ON – January 20, 2021) – Today the GRAMMY®-nominated Austin duo Black Pumas release their Spotify Singles – a cover of the iconic 1970 Rodriguez song “Sugar Man” and a reworking of their hit single “Colors,” which is currently nominated for Record of the Year at the 2021 GRAMMY AWARDS®. The new version of “Colors” features the Hypnotic Brass Ensemble, the incredible Chicago octet of brothers who have previously collaborated with Prince, Gorillaz, Childish Gambino, and Erykah Badu.

“I was floored to see someone take something so specific to me and unapologetically integrate an eclectic blend of hip hop, jazz, and funk to speak their piece,” says frontman Eric Burton of the Hypnotic Brass Ensemble collaboration. “It felt good to be invited back to my family’s home city of Chicago in this way.”

“Reimagining ‘Colors’ was no easy feat, so if we were going to try it, it had to be different or it wasn’t worth doing,” says producer and bandleader Adrian Quesada. “I heard a song by the Hypnotic Brass Ensemble on a bike ride one day and their rhythmic phrasing on it reminded me of Eric’s guitar part. They knocked it out of the park with the arrangement they sent, so we didn’t have to do much but re-sing and add some icing on the cake. It was an honor to collaborate with them.”

Of the Rodriguez cover, Quesada says, “‘Sugar Man’ is one of those songs we’ve both been attracted to for years, from Rodriguez’s songwriting and performance to the production of Dennis Coffey, it’s inspired us in more ways than one and is one of those true timeless pieces of music. It was a total blast to dissect it and reinterpret in our voice.”

Driving more than four billion streams since the program began in 2017, Spotify Singles was created to give artists an opportunity to record new versions of their own songs, and the songs of the artists they love. The Singles scope includes a unique version of each artist’s own song (Side A) and a cover song of their choosing (Side B). To date, there have been over 300 Singles recorded as part of the program.

Last night, Black Pumas returned to The Late Show With Stephen Colbert with an incredible performance of “Colors” – watch it HERE.