(November 18, 2020 – Toronto, ON) – Legendary hip-hop artist K-OS returned this fall with his groovy and slick hit “SUPERNOVAS” and today he shares the out of this world video. Watch the video here.

Since the release of the track earlier this fall, it’s received critical acclaim with Complex saying it’s “a tailfeather-shaking slab of disco-pop.” The single has also quickly climbed the CBC Music radio charts sitting at #3 this week and fans can help vote it to #1 here. Along with critical acclaim the track has received well over 315k spins on Spotify and it earned him the billboard above Young and Dundas Square! Safe to say, the track isn’t slowing down anytime soon. 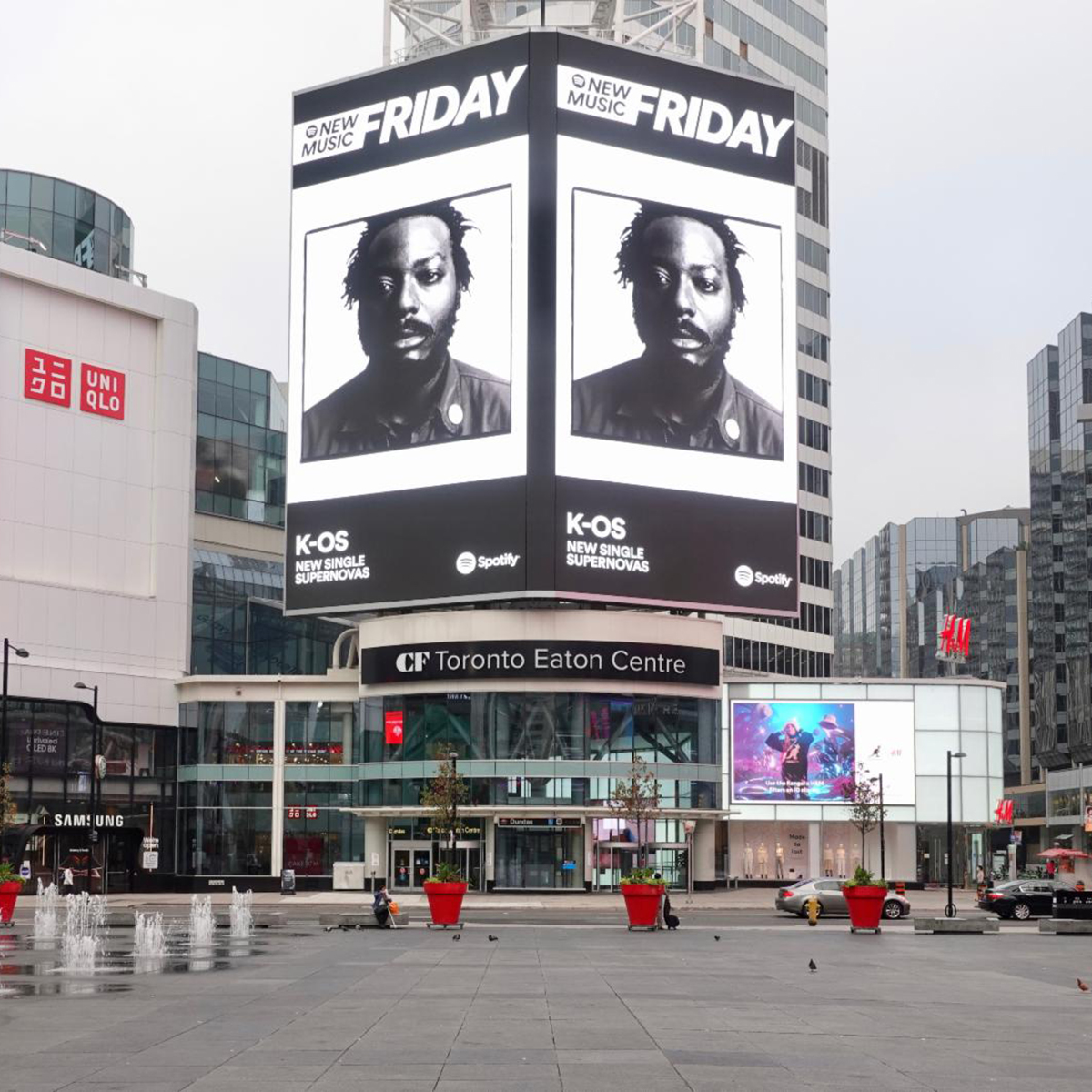 K-OS started his career in 2002, with the release of “Exit” on Virgin/EMI Canada. k-os has 2 Platinum certified album in Canada for Joyful Rebellion (2004) and Atlantis: Hymns for Disco (2006), and one Platinum Certified video Publicity Stunt (2004). k-os is the featured vocalist on The Chemical Brothers’ single “Get Yourself High” (2003). He’s had several songs on the charts, and 3 Top 10 singles: “Crabbuckit”, Sunday Morning ” and “The Man I Used to Be“. He recently released a fan piece, an EP called Boshido that features collaborations with his friend Kaytranada.