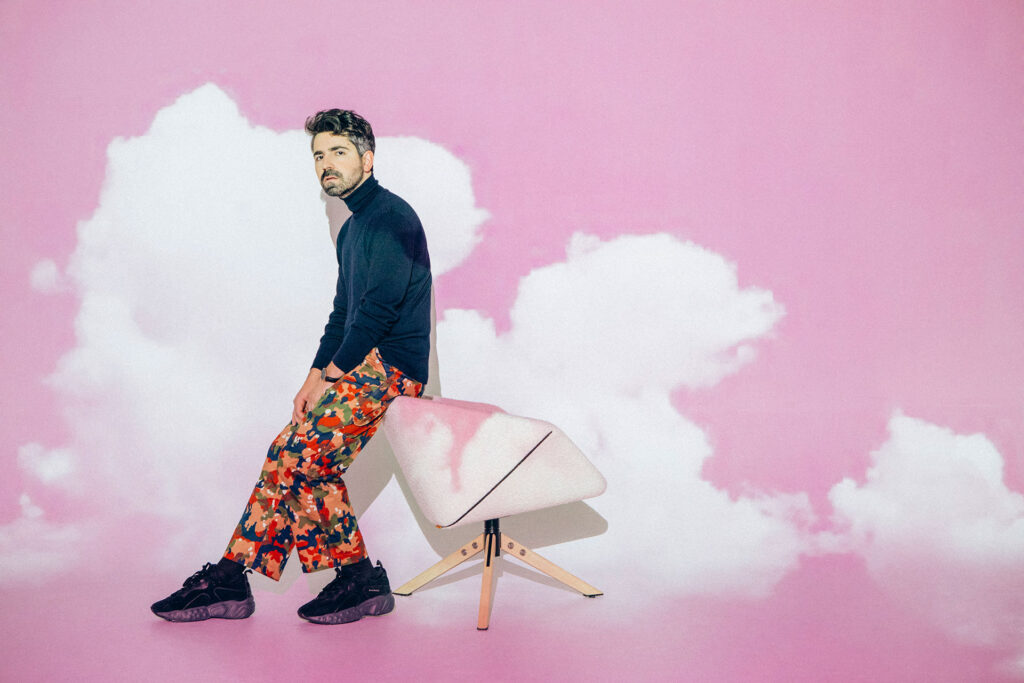 (Toronto, ON – June 25, 2021) – Platinum producer Felix Cartal releases his 4th studio album Expensive Sounds For Nice People via Physical Presents. Also taken from the album are previously released “Mine” with Sophie Simmons, and “Love Me” with Lights; both are certified Platinum in Canada, with the latter one also winning the Dance Recording of the Year at the Junos 2020. Other remarkable tracks on the album include “Only One” with the hit UK singer-songwriter Karen Harding and “My Last Song” with the rebellious Norwegian songstress Hanne Mjøen, “Too Late” with the Juno Award-winning singer and composer KROY (from Quebec duo Milk & Bone), as well as “The Life” with Fjord as well as several solo indie dance anthems from Felix, which find themselves at home on the album. Cartal’s earlier “Get What You Give” also reached Platinum status, while one of the most recent singles “Happy Hour” with Kiiara was featured on 32 Spotify New Music Friday playlists as well as Billboard’s Best New Dance Tracks.

A release nearly three years in the making, Expensive Sounds For Nice People covers a range of emotions: from the ecstatic highs of new love to the frustrating lows brought by inevitable heartbreak, all held up by a backbone of unique house music. Felix Cartal lures listeners onto the dancefloor with an array of strong female vocals, showcasing some of the best singers the pop world has to offer one unforgettable track at a time, as each occupies its own sonic realm of indie dance and none is quite like the other

Felix Cartal shares the history behind the album: “My fourth album Expensive Sounds For Nice People is part of the second musical chapter in my life. My first two albums were the first chapter of my musical career: a scrappier, undeveloped, experimental phase where a lot of the ideas didn’t quite get executed how I would want from lack of skill or know-how. I’m still fond of that time and those releases, but was ultimately frustrated that I couldn’t make what I wanted come to life exactly how I heard it in my head. The other big problem from that era was consistency, and basically that’s what I’ve become obsessed with. Growing up arguably through one of the worst eras of one-hit-wonders in musical history, I remember constantly being disappointed when I bought an album and there was only one good song. I hated that. And I think remembering that has guided me into this second chapter of my life. Where I’ve just tried to grind it out daily at the studio and work on my skills, and trying to become more consistent. I’m more into the ‘Jiro Dreams of Sushi’ chef approach nowadays, where I just try to log hours every day to refine my craft. Not too concerned with the result from that specific day but knowing that if I stack those hours I will in fact improve. I want every song to be 100% something I’m proud of, or it’s not coming out.”

He goes on to further elaborate: “The title of the album is a tongue in cheek description of all this. The sounds, to me, are expensive because I know time is a valuable commodity and I’ve logged the hours to get there. On the other hand, as an artist, who knows what even gives art value half the time? But for me, the fact that people still to this day take the time to write me heartfelt messages about my music, inspires me to keep going and to keep creating. So this album is for them, the Nice People who take the time to care, and for me, because I care too. I hope the album, from front to back, is enjoyable. I’ve worked very hard on every detail for the past 3 years.”

The Vancouver-based Felix Cartal has collaborated with several major artists such as Kaskade, R3HAB, Gallant has also created official remixes for the likes of Selena Gomez, Zedd, Galantis, Dillon Francis, MØ, Ellie Goulding, Diplo, Anne-Marie & Doja Cat as well as Daya & Shallou’s ‘Older’. The Vancouver-based producer has been featured by major Youtube channels Trap Nation, MrSuicideSheep, MrRevillz, Chill Nation, The Vibe Guide, Selected, xKito amongst others, and has earned over 360 million plays across platforms. Felix Cartal has been featured in tastemaker publications such as Billboard, FLAUNT, Complex, Dancing Astronaut, Popdust, Clash Magazine and Wonderland Magazine, to name a few. He has also seen support from BBC Radio 1’s Danny Howard and Diplo & Friends and SiriusXM Chill has also heavily supported several singles, while his Weekend Workout radio show is also featured on SiriusXM Diplo’s Revolution. His sound can be compared to those of the industry greats of Avicii, Kygo and Calvin Harris.

[Felix Cartal] “It goes from a cool electro place into some more mellow, halftime vibes during the hook. No earth-shattering drops, no pandering. This is just good music for great people.”
COMPLEX

“Felix Cartal has turned “You Get What You Give” into a full-on EDM blast, the kind of thing you expect to hear at four A.M., as you’re waiting for the sun to rise.”
Popdust

“The platinum-selling producer is back, matching his arena-level electronics to a potent pop touch.”
CLASH Magazine