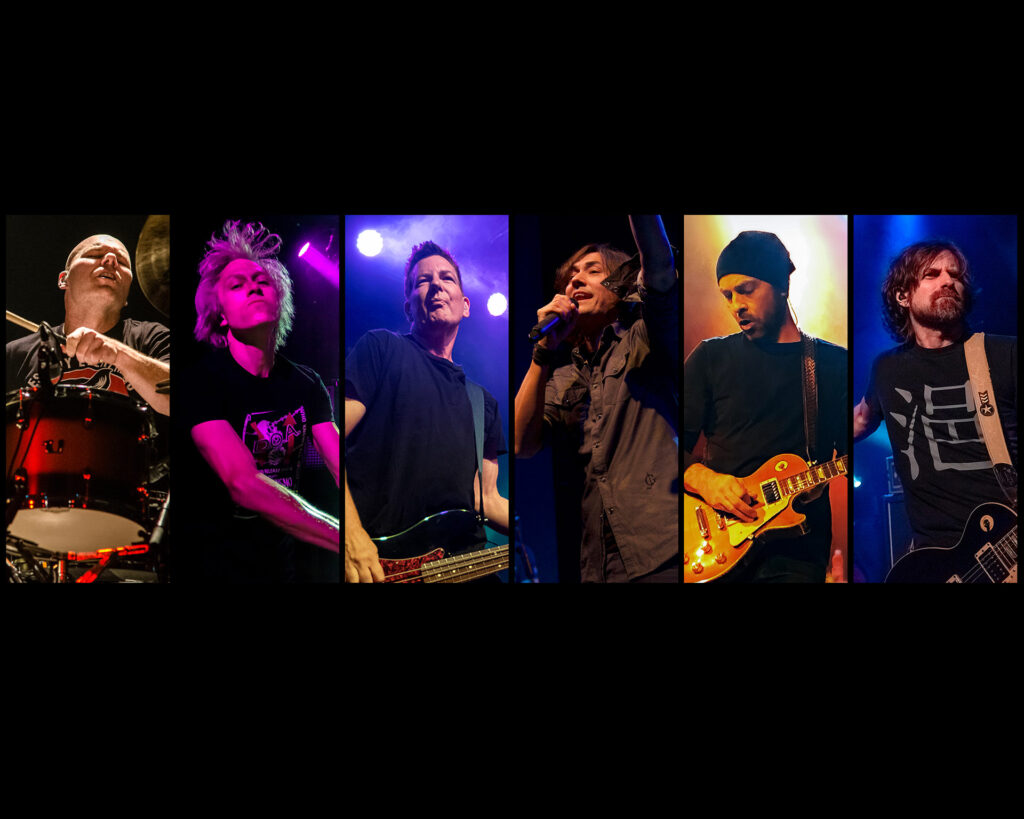 (Toronto, ON – January 29, 2021) – Recorded remotely in lockdown by band members in their homes in Toronto and Montreal, and produced by Moist guitarist and producer, Mark Makoway, “Tarantino” is Moist’s first new release since their 2014 album, Glory Under Dangerous Skies.

The song tells a story of a life of meaningless excess. Singer David Usher explains “The first lockdown sent me on a Quentin Tarantino binge and the song came out of a dream sparked by those images where we have lost all sense of ourselves – where there are no limits on our consumption and all we want is more. We deconstruct and reconstruct ourselves to fill an unfillable void and we just eat ourselves alive, and somehow, we still can’t wake up.”

The accompanying visual, adapted from the National Film Board of Canada short, Caterpillarplasty, is a grotesque sci-fi satire that lifts plastic surgery and trans-species body dysmorphia to another level. Re-edited for “Tarantino” by acclaimed director David Barlow-Krelina, the short film is a powerful and sardonic take on how society’s unrelenting obsession with beauty has spiraled out of control. This video will get under your skin.

Usher discovered the short film while perusing the internet after “Tarantino” was completed: “When I saw the long version of Caterpillarplasty it fit perfectly with the vision for the song. The endless desire to remodel and upgrade ourselves, hoping the remaking of our appearance will somehow solve our existential turmoil.”

“When David Usher first got in touch with me about making a Moist music video using footage from Caterpillarplasty, we started making connections between the film and his work in AI and with digital humans. I had initially conceived of the film in a way that relied heavily on music to set the emotional tone of the piece, so it was a great pleasure for me to reimagine the timing and the flow to an entirely different vibe.” – David Barlow-Krelina

Founded in 1993, Moist’s debut album, Silver, propelled the band to prominence with the uniquely powerful alt-rock anthems “Push”,” “Silver”, and “Believe Me”. Like Silver, Moist’s follow up records, – Creature (1996) and Mercedes Five and Dime (1999) – went on to achieve multi-platinum sales (over 1.3 million albums worldwide) and yielded more chart-topping hits including “Resurrection”, “Tangerine”, “Gasoline”, “Breathe”, and “Underground”. Moist also made its mark internationally: touring extensively throughout the U.S., Europe, and parts of Asia; appearing on the Top of The Pops in the UK; as musical guests on a pilot for a new show out of NYC called The Jon Stewart Show; and even being lampooned by Beavis and Butthead on MTV. The two-time JUNO Award winners also received numerous accolades for their music and their no-holds-barred approach to touring; and shared stages with international superstars such as Metallica, Red Hot Chili Peppers, Hole, Green Day, Neil Young and Crazy Horse, as well as virtually all their Canadian contemporaries.

Moist acknowledge and thank the National Film Board of Canada and David Barlow-Krelina for the exceptional use of Caterpillarplasty.

Born in 1988 in Ottawa, David Barlow-Krelina graduated from Concordia University in film animation and computation arts. His first independent film Bless You (2013) was an online hit and screened at the OIAF, The Animation Show of Shows etc. Mixing classical animation and modern CGI to tell experimental narratives, David’s joy of animating is in the ability to create glimpses into new and unusual universes that function by their own unique logic.

More About National Film Board of Canada:

The National Film Board of Canada (NFB) produces groundbreaking animation at its studios in Montreal and at NFB centres across Canada, as well as via international co-productions with many of the world’s leading auteur animators. The NFB is a leader in developing new approaches to stereoscopic 3D animation and animated content for new platforms. The NFB has created over 13,000 productions and won over 7,000 awards, with NFB animation accounting for 7 of the NFB’s 12 Oscars, as well as 6 grand prizes at France’s Annecy International Animated Film Festival, 4 Palmes d’Or at the Cannes Film Festival and 2 Golden Bears at Berlinale. To access this award-winning content and discover the work of NFB animators, visit NFB.ca, download its apps for mobile devices or visit NFB Pause.